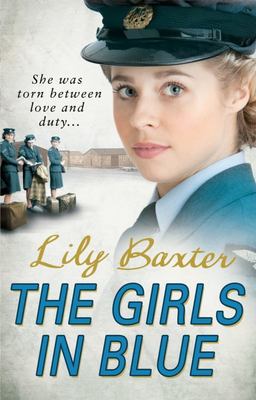 The Girls in Blue

When her home is destroyed in a bombing raid over London, Miranda Beddoes is forced to take refuge with her grandparents down on the Dorset coast. With both her parents doing their duty for king and country, Miranda longs to do the same. She joins the WAAF and is soon working hard to help win the war. Despite her determination to dedicate herself to her work, Miranda falls for charismatic fighter pilot Gil Maddern - a man known for his recklessness and passion for flying. As the battle rages in the skies above them and she learns that Gil's plane has been hit, it is only the friendship of her fellow girls in blue that keeps Miranda going as she waits for news.

She was torn between love and duty. The gripping new Second World War novel from the author of Spitfire Girl.

Lily Baxter lives in Dorset. She is the author of Poppy's War, We'll Meet Again and Spitfire Girl. She also writes under the name of Dilly Court.